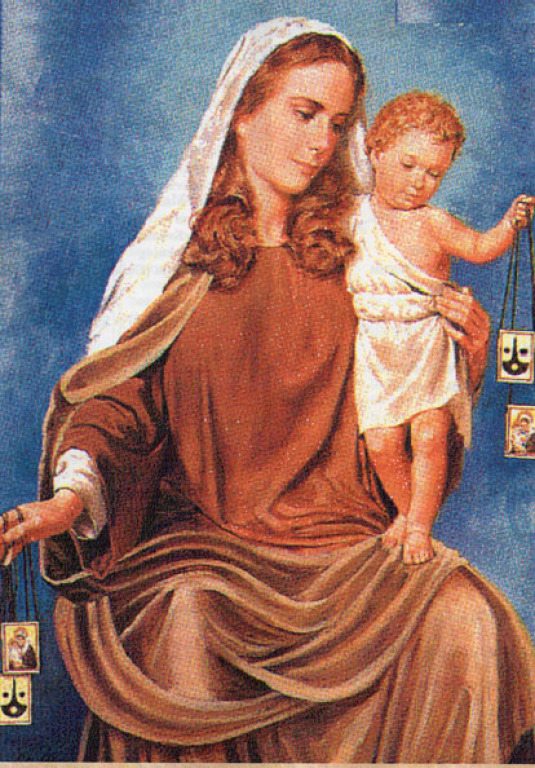 Our Lady of Mount Carmel

No figure in Christendom is venerated under as many titles as the Blessed Virgin Mary, and her designation as “Our Lady of Mount Carmel” is traced to St. Simon Stock and a plea he made to the Blessed Mother in 1251.

St. Simon was a member of the Carmelite Order in Cambridge, England – the same religious order that included such notable spiritual icons as St. Therese of the Child Jesus, St. John of the Cross and St. Teresa of Avila.

Tradition holds that on July 16, 1251, The Blessed Mother appeared to St. Simon Stock in answer to a fervent appeal he had made to her to aid his beloved Carmelite Order. She presented him with a brown scapular that served as a twofold pledge: first, it offered her protection to all the members of the Carmelite Order, and second, it assured mercy and forgiveness at the hour of death to those who honored Mary as Carmelites or as affiliates with the Carmelites.

In a closely related circumstance in 1322, Pope John XXII issued a Papal Bull that declared that he himself had also received a visitation from the Blessed Mother who commended the Carmelites to him and offered early liberation to them time spent in  purgatory. This special indulgence became known as the “Sabbatine privilege”.